This weekend I meant to head to Gold Bar with Cortney, Joel, and Johnny for a couple of days of bouldering at the top of the hill. As we neared GB the coastal precipitation had in fact worsened, and it was drizzling steadily when we stopped in Index to check out the cliff. It was a pretty easy decision to hop back in the cars and head over the mountains, free spirits that we are.
We made it to Leavenworth in the late afternoon and headed up to the Pretty Boulders, a spot Cortney had never visited. The setting was very serene and Cortney, Joel, and I had a nice session. I finally did the dyno on Pretty Hate Machine, fulfilling my trip quota of one personally unclimbed problem... Cortney climbed strong and sent Pretty Burly, then made quick work of Pretty Girl as the sinking sun began to cast long shadows. 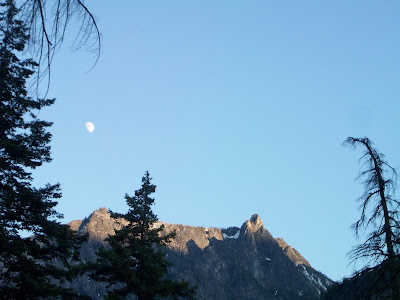 We camped in the Icicle, rare for a Friday night, and the next morning headed up to the Labyrinth. I never made it up the hill, instead becoming obsessed with an unclimbed line along the start of the trail. A bit of gardening and landscaping (and some attempts...) yeilded a fun new stand-start. The monkeys were done with their session by the time I sent and the problem recieved second, third, and fourth ascents within the hour. Here are two pics of me, and Johnny, on the line: 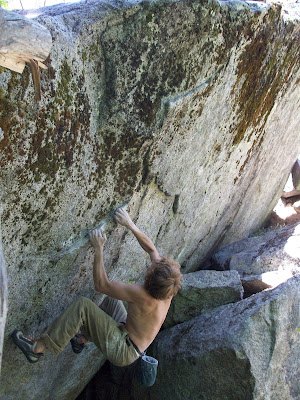 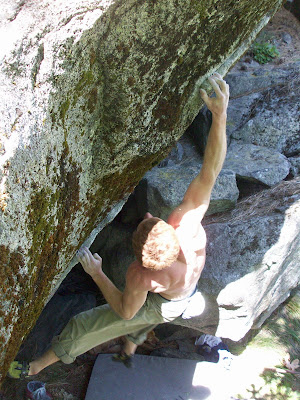 After that we headed to Swiftwater for a group session... we ended up at the Footless Traverse boulder, where Cole rapped the direct top-out to Big Booty Bitch Slap. After a bit of mini-traxion monkey business, we pulled the rope and Johnny dispatched the line from the sit in a couple of tries. Good times. Here's Cole cleaning: 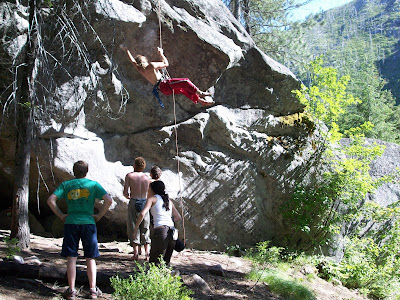