I was back out in Leavenworth this past weekend, doing a bit more climbing as well as plenty of watching. The weather was gorgeous both days, and it was great to be out there once again. The main highlight of the weekend, for me at least, was cleaning and climbing what is probably a new problem at the Egg Rock area (AKA Jerry Garcia Boulders). Actually, the real highlight of the weekend was when Jeff got my Subaru un-stuck from the mud using a dog leash, but that's another story.
The 'new' climb is on the boulder directly adjacent to the Jerry Garcia boulder, facing up-canyon. There was a pre-existing problem climbing the easyish crack on the left side of the face, but as far as I know, the line climbing the center of the face from an incut block hold was undone. I spent a while cleaning it, and then climbed it in a half hour or so... nothing especially amazing, but great fun nonetheless. Until someone tells me it's already been done, I'm calling it Dark Star to stick with the Grateful Dead theme (it's also sort of a knock-off version of the Jerry Garcia problem, like the tribute band Dark Star Orchestra). Cortney took a short video of the climb, which I'll post below the pics. Without further ado...
Joel Campbell attempting a low start to Alfalfa or Spanky 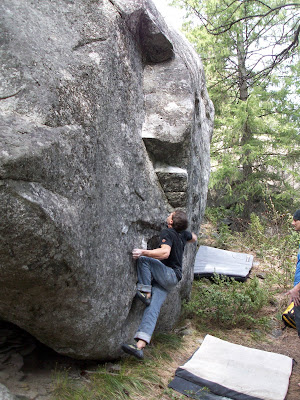 Cortney on the Fridge 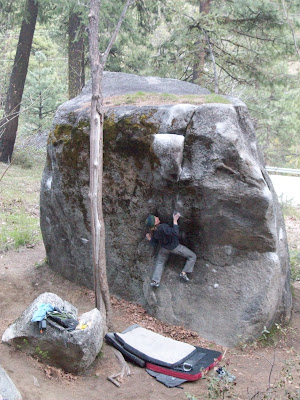 Drew Schick on The Terrible 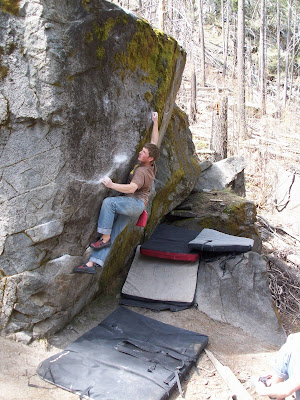 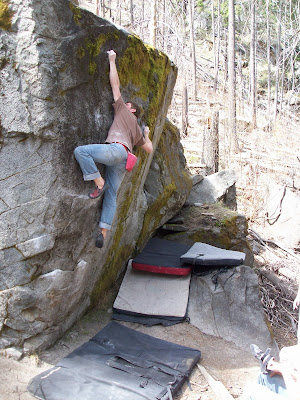 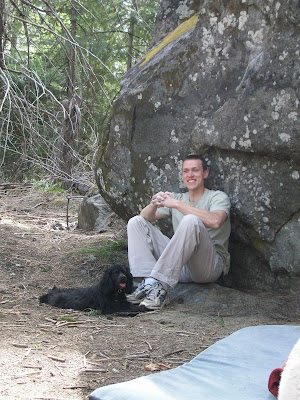 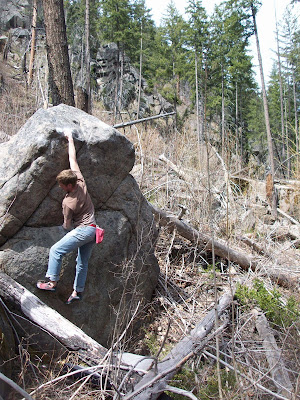 Johnny G on a Project 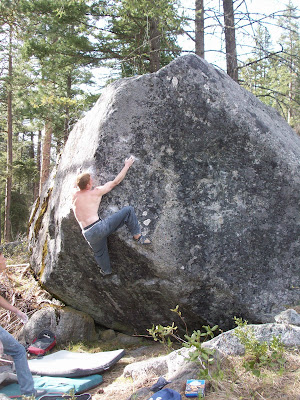 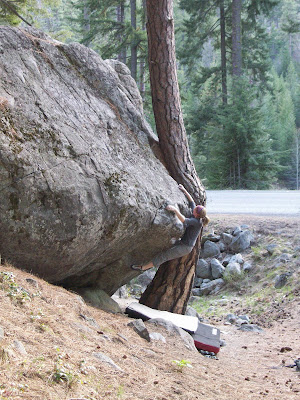